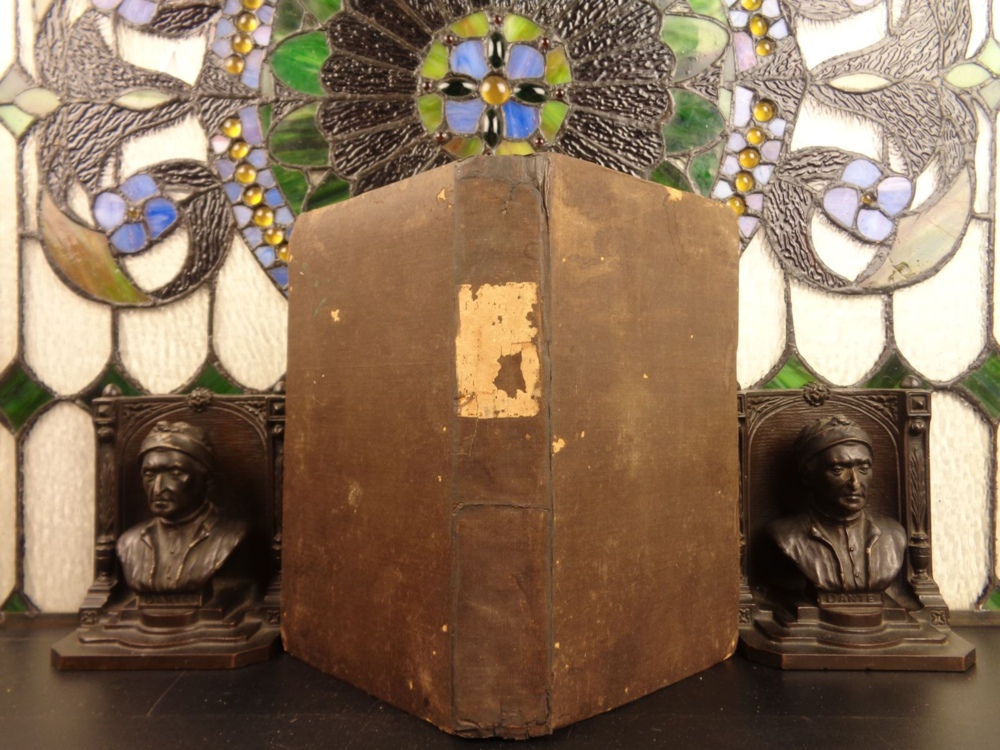 William Hemsley Emory (1811 – 1887) was a United States Army officer and surveyor of Texas.

We find other examples of this same book for sale elsewhere for as much as $7,500! 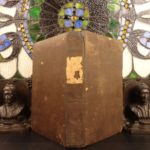 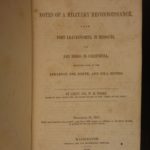 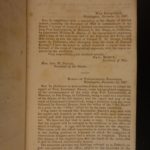 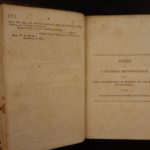 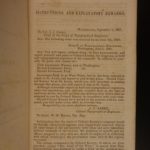 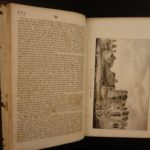 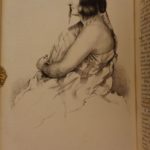 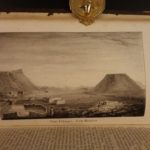 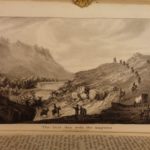 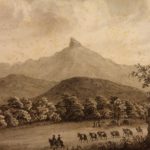 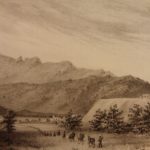 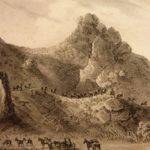 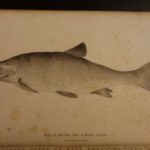 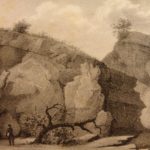 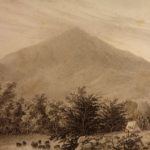 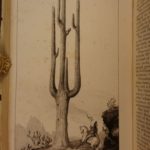 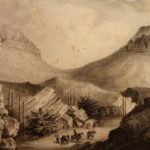 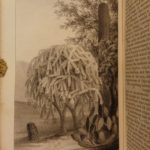 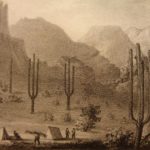 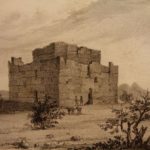 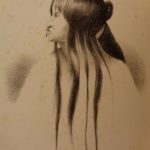 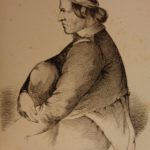 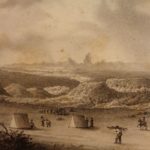 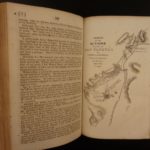 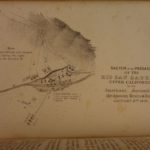 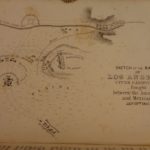 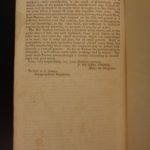 William Hemsley Emory (1811 – 1887) was a United States Army officer and surveyor of Texas.

We find other examples of this same book for sale elsewhere for as much as $7,500!

Title: Notes of a military reconnoissance, from Fort Leavenworth, in Missouri, to San Diego, in California, including part of the Arkansas, Del Norte, and Gila rivers.

Pages: complete with all 416 pages; plus indexes, prefaces, and such;

Emory was born in Queen Anne’s County, Maryland, on his family’s “Poplar Grove” estate. He attended the United States Military Academy at West Point, New York, and graduated in 1831. Assigned as a second lieutenant, he served in the Fourth Artillery until he resigned from the service in 1836 to pursue civil engineering, but he returned to the service in 1838. During that same year, he married a great-granddaughter of Benjamin Franklin, Matilda Wilkins Bache of Philadelphia. The couple would have three children.

During his second stint in the army, he was successively promoted from lieutenant to captain and finally to major. He specialized in mapping the United States border, including the Texas-Mexico border, and the Gadsden Purchase (1854–1857).

William H. Emory was most importantly a topographical engineer and explorer. He conducted boundary surveys of both the Mexican-American border (1848–1853) as well as the Canadian-American border (1844–1846). His mapmaking skills were so superb and detailed with such great accuracy that he often made other maps obsolete; thus making him the authority of the trans-Mississippi west. Accompanying General Stephen W. Kearny he wrote Notes of a Military Reconnaissance from Fort Leavenworth to San Diego which became an important guide book for the road to Southern California.

In 1844, Emory served in an expedition that produced a new map of Texan claims westward to the Rio Grande. He came to public attention as the author of the Notes of a Military Reconnaissance from Fort Leavenworth in Missouri to San Diego, California, published by the Thirtieth United States Congress in 1848. This report described terrain and rivers, cities and forts and made observations about Indians, Mexicans, primarily in New Mexico Territory, Arizona Territory and Southern California. It was and is considered one of the important chronicles and descriptions of the historic Southwest, particularly noted for its maps. Emory was a reliable and conscientious cartographer.

There is a story of testament as to Emory’s dedication to accuracy that says John Bartlett his supervisor in the Corps of Topographical Engineers made him sign off on a misplaced boundary marker, creating a sweet revenge for Emory who replaced him as Head of the International Boundary Commission in 1855. So accurate were his maps that when topographical engineers were surveying possible routes for the transcontinental railroad the most Southern route did not need to be surveyed thanks to the outstanding work by William H. Emory.

But William H. Emory did more than just map the terrain; he also made notes about the plant life as well as the people who inhabited the sparsely populated southwest. Notating the social relations of some of the Native American people, he wrote: “Women, when captured, are taken as wives by those who capture them, but they are treated by the Indian wives of the capturers as slaves, and made to carry wood and water; if they chance to be pretty, or receive too much attention from their lords and masters, they are, in the absence of the latter, unmercifully beaten and otherwise maltreated. The most unfortunate thing which can befall a captive woman is to be claimed by two persons. In this case, she is either shot or delivered up for indiscriminate violence.”[2]

Emory married Matilda Wilkins Bache on May 29, 1838 in Philadelphia, Pennsylvania. Bache was the daughter of Richard Bache, Jr., and Sophia Burrell Dallas. She was a granddaughter of Sarah Franklin Bache and Richard Bache, and a great-granddaughter of Benjamin Franklin, as well as a niece of George Mifflin Dallas, the 11th Vice President of the United States, serving under James K. Polk.

During the Mexican-American War, Emory served in the Southwest and in California as Chief Topographical Engineer and later served as Adjutant General in the Army of the West under General Stephen W. Kearny. After a brief return to Washington he returned to Mexico and served under George Hughes (another Engineer officer) as the executive officer of a regiment of Maryland volunteers. After the war, Emory directed the United States and Mexican Boundary Survey (1848–1855), which set the boundary between the United States and Mexico according to the Treaty of Guadalupe Hidalgo.

In 1861, when the American Civil War broke out, Emory was stationed in the Indian Territory. Anticipating the possible capture of his troops by Confederates, he secured the services of Black Beaver, a famous Lenape warrior, to guide Emory’s troops to safety. He promised that the government would compensate Black Beaver for the loss of his ranch. Emory withdrew Union troops from Fort Washita to Fort Leavenworth. During the withdrawal, Black Beaver also scouted pursuing enemy troops, and Emory attacked and captured lead elements of his pursuers, the first prisoners captured during the Civil War.[1]

Emory served as a brigade commander in the Army of the Potomac in 1862, and was transferred to the Western Theater. He was promoted to brigadier general of volunteers on March 17, 1862. He later commanded a division in the Port Hudson campaign. He subsequently returned to the East as the commander of the Nineteenth Corps, serving in all the major battles in the Shenandoah Valley Campaign of 1864, especially at the Battle of Cedar Creek, where Emory’s actions helped save the Union army from a devastating defeat until Maj. Gen. Philip Sheridan’s arrival.