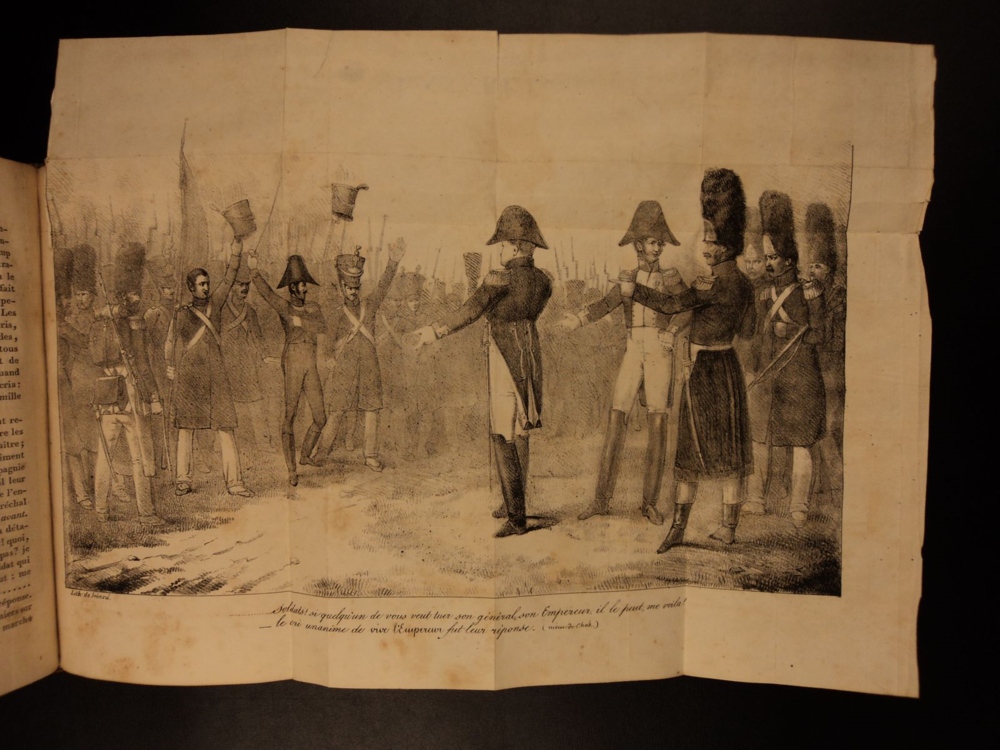 Napoléon Bonaparte (1769 – 1821) was a French military and political leader who rose to prominence during the French Revolution and led several successful campaigns during the Revolutionary Wars. As Napoleon I, he was Emperor of the French from 1804 until 1814, and again in 1815. Napoleon dominated European and global affairs for more than a decade while leading France against a series of coalitions in the Napoleonic Wars. He won most of these wars and the vast majority of his battles, building a large empire that ruled over continental Europe before its final collapse in 1815. Often considered one of the greatest commanders in history, his wars and campaigns are studied at military schools worldwide. He also remains one of the most celebrated and controversial political figures in Western history. 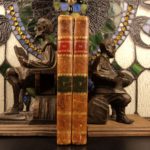 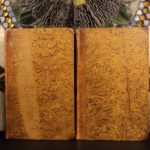 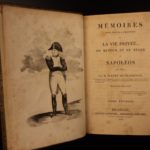 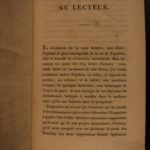 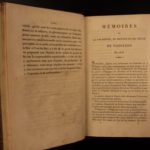 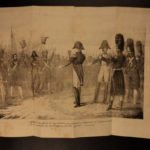 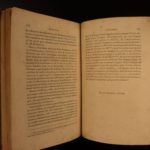 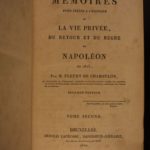 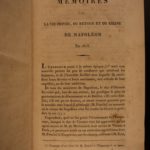 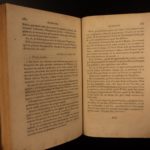 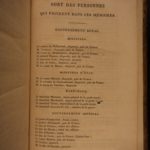 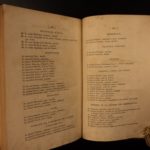 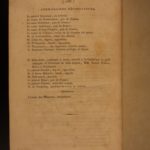 Napoléon Bonaparte (1769 – 1821) was a French military and political leader who rose to prominence during the French Revolution and led several successful campaigns during the Revolutionary Wars. As Napoleon I, he was Emperor of the French from 1804 until 1814, and again in 1815. Napoleon dominated European and global affairs for more than a decade while leading France against a series of coalitions in the Napoleonic Wars. He won most of these wars and the vast majority of his battles, building a large empire that ruled over continental Europe before its final collapse in 1815. Often considered one of the greatest commanders in history, his wars and campaigns are studied at military schools worldwide. He also remains one of the most celebrated and controversial political figures in Western history.

Napoléon Bonaparte (/nəˈpoʊliən, -ˈpoʊljən/;[2] French: [napɔleɔ̃ bɔnapaʁt], born Napoleone di Buonaparte; 15 August 1769 – 5 May 1821) was a French military and political leader who rose to prominence during the French Revolution and led several successful campaigns during the Revolutionary Wars. As Napoleon I, he was Emperor of the French from 1804 until 1814, and again in 1815. Napoleon dominated European and global affairs for more than a decade while leading France against a series of coalitions in the Napoleonic Wars. He won most of these wars and the vast majority of his battles, building a large empire that ruled over continental Europe before its final collapse in 1815. Often considered one of the greatest commanders in history, his wars and campaigns are studied at military schools worldwide. He also remains one of the most celebrated and controversial political figures in Western history.[3][4] In civil affairs, Napoleon had a major long-term impact by bringing liberal reforms to the territories that he conquered, especially the Low Countries, Switzerland, and large parts of modern Italy and Germany. He implemented fundamental liberal policies in France and throughout Western Europe.[note 1] His lasting legal achievement, the Napoleonic Code, has been adopted in various forms by a quarter of the world’s legal systems, from Japan to Quebec.[11][12][13]

Napoleon was born in Corsica to a relatively modest family of noble Tuscan ancestry. Napoleon supported the French Revolution from the outset in 1789 while serving in the French army, and he tried to spread its ideals to Corsica but was banished from the island in 1793. Two years later, he saved the French government from collapse by firing on the Parisian mobs with cannons. The Directory rewarded Napoleon by giving him command of the Army of Italy at age 26, when he began his first military campaign against the Austrians and their Italian allies, scoring a series of decisive victories that made him famous all across Europe. He followed the defeat of the Allies in Europe by commanding a military expedition to Egypt in 1798, invading and occupying the Ottoman province after defeating the Mamelukes and launching modern Egyptology through the discoveries made by his army.

After returning from Egypt, Napoleon engineered a coup in November 1799 and became First Consul of the Republic. Another victory over the Austrians at the Battle of Marengo in 1800 secured his political power. With the Concordat of 1801, Napoleon restored the religious privileges of the Catholic Church while keeping the lands seized by the Revolution. The state continued to nominate the bishops and to control church finances. He extended his political control over France until the Senate declared him Emperor of the French in 1804, launching the French Empire. Intractable differences with the British meant that the French were facing a Third Coalition by 1805. Napoleon shattered this coalition with decisive victories in the Ulm Campaign and a historic triumph at the Battle of Austerlitz, which led to the elimination of the Holy Roman Empire. In October 1805, however, a Franco-Spanish fleet was destroyed at the Battle of Trafalgar, allowing Britain to impose a naval blockade of the French coasts. In retaliation, Napoleon established the Continental System in 1806 to cut off continental trade with Britain. The Fourth Coalition took up arms against him the same year because Prussia became worried about growing French influence on the continent. Napoleon knocked out Prussia at the battles of Jena and Auerstedt, then turned his attention towards the Russians and annihilated them in June 1807 at Friedland, which forced the Russians to accept the Treaties of Tilsit.

Hoping to extend the Continental System, Napoleon invaded Iberia and declared his brother Joseph the King of Spain in 1808. The Spanish and the Portuguese revolted with British support. The Peninsular War lasted six years, noted for its brutal guerrilla warfare, and culminated in an Allied victory. Fighting also erupted in Central Europe, as the Austrians launched another attack against the French in 1809. Napoleon defeated them at the Battle of Wagram, dissolving the Fifth Coalition formed against France. By 1811, Napoleon ruled over 70 million people across an empire that had domination in Europe, which had not witnessed this level of political consolidation since the days of the Roman Empire.[14] He maintained his strategic status through a series of alliances and family appointments. He created a new aristocracy in France while allowing the return of nobles who had been forced into exile by the Revolution.

Tensions over rising Polish nationalism and the economic effects of the Continental System led to renewed confrontation with Russia. To enforce his blockade, Napoleon launched an invasion of Russia in the summer of 1812. The resulting campaign witnessed the catastrophic collapse of the Grand Army, forcing the French to retreat, as well as leading to the widespread destruction of Russian lands and cities. In 1813, Prussia and Austria joined Russian forces in a Sixth Coalition against France. A chaotic military campaign in Central Europe eventually culminated in a large Allied army defeating Napoleon at the Battle of Leipzig in October. The next year, the Allies invaded France and captured Paris, forcing Napoleon to abdicate in April 1814. He was exiled to the island of Elba. The Bourbons were restored to power and the French lost most of the territories that they had conquered since the Revolution. However, Napoleon escaped from Elba in February 1815 and took control of the government once again. The Allies responded by forming a Seventh Coalition, which ultimately defeated Napoleon at the Battle of Waterloo in June. The Royal Navy then thwarted his planned escape to the United States in July, so he surrendered to the British after running out of other options. The British exiled him to the remote island of Saint Helena in the South Atlantic. His death in 1821 at the age of 51 was received with shock and grief throughout Europe. In 1840, a million people witnessed his remains returning to Paris, where they still reside at Les Invalides.[15]

Half-length portrait of a wigged middle-aged man with a well-to-do jacket. His left hand is tucked inside his waistcoat.

Napoleon’s father Carlo Buonaparte was Corsica’s representative to the court of Louis XVI of France.

Napoleon was born on 15 August 1769, to Carlo Maria di Buonaparte and Maria Letizia Ramolino, in his family’s ancestral home Casa Buonaparte in Ajaccio, the capital of the island of Corsica. He was their fourth child and third son. This was a year after the island was transferred to France by the Republic of Genoa.[16] He was christened Napoleone di Buonaparte, probably named after an uncle (an older brother who did not survive infancy was the first of the sons to be called Napoleone). In his 20s, he adopted the more French-sounding Napoléon Bonaparte.[17][note 2]

The Corsican Buonapartes were descended from minor Italian nobility of Tuscan origin, who had come to Corsica from Liguria in the 16th century.[18][19]

Head and shoulders portrait of a white-haired, portly, middle-aged man with a pinkish complexion, blue velvet coat, and a ruffle

His father Nobile Carlo Buonaparte was an attorney, and was named Corsica’s representative to the court of Louis XVI in 1777. The dominant influence of Napoleon’s childhood was his mother, Letizia Ramolino, whose firm discipline restrained a rambunctious child.[20] Napoleon’s maternal grandmother had married into the Swiss Fesch family in her second marriage, and Napoleon’s uncle, the later cardinal Joseph Fesch, would fulfill the role as protector of the Bonaparte family for some years.

He had an elder brother, Joseph, and younger siblings: Lucien, Elisa, Louis, Pauline, Caroline, and Jérôme. A boy and girl were born before Joseph but died in infancy. Napoleon was baptised as a Catholic.[21]

Napoleon’s noble, moderately affluent background afforded him greater opportunities to study than were available to a typical Corsican of the time.[22] In January 1779, he was enrolled at a religious school in Autun. In May, he was admitted to a military academy at Brienne-le-Château.[23] His first language was Corsican, and he always spoke French with a marked Corsican accent and never learned to spell French properly.[24] He was teased by other students for his accent and applied himself to reading.[25] An examiner observed that Napoleon “has always been distinguished for his application in mathematics. He is fairly well acquainted with history and geography… This boy would make an excellent sailor.”[26][note 3]

On completion of his studies at Brienne in 1784, Napoleon was admitted to the elite École Militaire in Paris. He trained to become an artillery officer and, when his father’s death reduced his income, was forced to complete the two-year course in one year.[28] He was the first Corsican to graduate from the École Militaire.[28] He was examined by the famed scientist Pierre-Simon Laplace.[29]

Upon graduating in September 1785, Bonaparte was commissioned a second lieutenant in La Fère artillery regiment.[23][note 4] He served in Valence and Auxonne until after the outbreak of the Revolution in 1789, and took nearly two years’ leave in Corsica and Paris during this period. At this time, he was a fervent Corsican nationalist, and wrote to Corsican leader Pasquale Paoli in May 1789, “As the nation was perishing I was born. Thirty thousand Frenchmen were vomited on to our shores, drowning the throne of liberty in waves of blood. Such was the odious sight which was the first to strike me.”[31]

He spent the early years of the Revolution in Corsica, fighting in a complex three-way struggle among royalists, revolutionaries, and Corsican nationalists. He supported the Jacobin faction and gained command over a battalion of volunteers. He was promoted to captain in the regular army in July 1792, despite exceeding his leave of absence and leading a riot against a French army in Corsica.[32]

He returned to Corsica and came into conflict with Paoli, who had decided to split with France and sabotage the French assault on the Sardinian island of La Maddalena.[33] Bonaparte and his family fled to the French mainland in June 1793 because of the split with Paoli.[34]