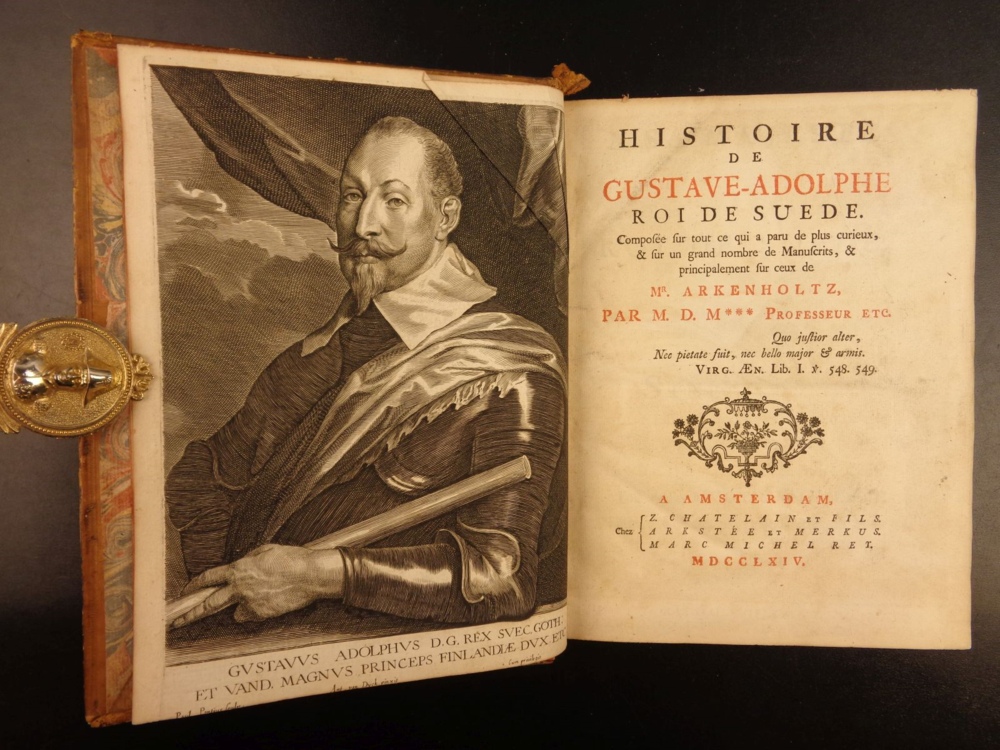 Gustav II Adolf (1594 – 1632); widely known in English by his Latinized name Gustavus Adolphus or as Gustav II Adolph, or as Gustavus Adolphus the Great; was the King of Sweden from 1611 to 1632 and is credited as the founder of Sweden as a Great Power. He led Sweden to military supremacy during the Thirty Years War, helping to determine the political as well as the religious balance of power in Europe. 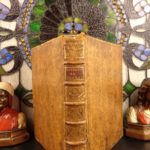 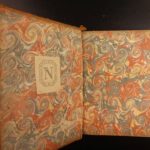 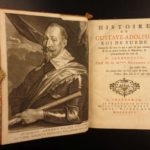 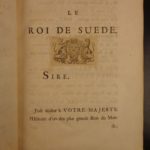 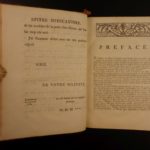 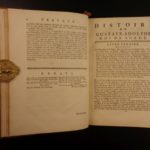 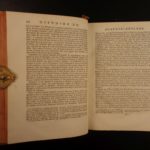 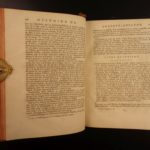 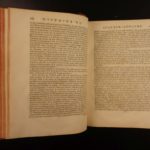 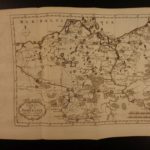 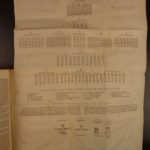 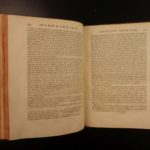 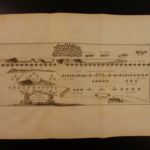 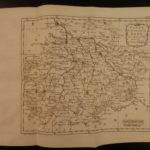 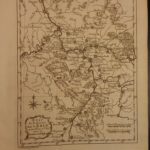 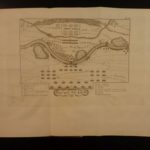 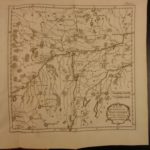 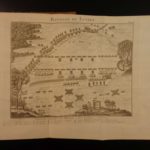 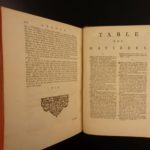 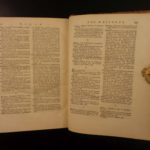 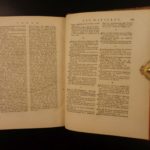 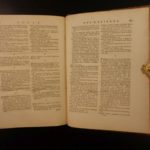 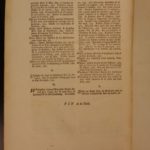 Gustav II Adolf (1594 – 1632); widely known in English by his Latinized name Gustavus Adolphus or as Gustav II Adolph, or as Gustavus Adolphus the Great; was the King of Sweden from 1611 to 1632 and is credited as the founder of Sweden as a Great Power. He led Sweden to military supremacy during the Thirty Years War, helping to determine the political as well as the religious balance of power in Europe.

Pages: complete with all x + 602 pages; plus indexes, prefaces, and such

Gustav II Adolf (9 December 1594 – 6 November 1632, O.S.); widely known in English by his Latinised name Gustavus Adolphus or as Gustav II Adolph,[1] or as Gustavus Adolphus the Great (Swedish: Gustav Adolf den store, Latin: Gustavus Adolphus Magnus, a formal posthumous distinction passed by the Riksdag of the Estates in 1634); was the King of Sweden from 1611 to 1632 and is credited as the founder of Sweden as a Great Power (Swedish: Stormaktstiden). He led Sweden to military supremacy during the Thirty Years War, helping to determine the political as well as the religious balance of power in Europe.

He is often regarded as one of the greatest military commanders of all time, with innovative use of combined arms.[2] His most notable military victory was the Battle of Breitenfeld. With a superb military machine with good weapons, excellent training, and effective field artillery, backed by an efficient government which could provide necessary funds, Gustavus Adolphus was poised to make himself a major European leader, but he was killed at the Battle of Lützen in 1632. He was ably assisted in his efforts by Count Axel Oxenstierna, the Lord High Chancellor of Sweden, who also acted as regent after his death.

In an era characterized by almost endless warfare, he led his armies as king from 1611 (at age 16) until his death in battle in 1632 while leading a charge—as Sweden rose from the status of a mere regional power to one of the great powers of Europe and a model of early modern era government. Within only a few years of his accession, Sweden had become the largest nation in Europe after Russia and Spain. Some have called him the “father of modern warfare”,[3] or the first great modern general. Under his tutelage, Sweden and the Protestant cause developed a number of excellent commanders, such as Lennart Torstensson, who would go on to defeat Sweden’s enemies and expand the boundaries and the power of the empire long after Gustavus Adolphus’ death in battle.

He was known by the epithets “The Golden King” and “The Lion of the North” by neighboring sovereigns. Gustavus Adolphus is commemorated today with city squares in major Swedish cities like Stockholm, Gothenburg and Helsingborg. Gustavus Adolphus College, a Lutheran college in St. Peter, Minnesota, is also named for the Swedish King.

The Gustav-Adolf-Werk (GAW) of the Evangelical Church in Germany has as its object the aid of feeble sister churches, and commemorates the king’s legacy. The GAW was founded on the bicentennial celebration of the battle of Lützen. Swedish royalty visited the GAW headquarters in Leipzig on the festivities of Gustavus Adolphus’ 400th birthday, in 1994.[4]

Gustavus Adolphus was born in Stockholm as the oldest son of Duke Charles of the Vasa dynasty and his second wife, Christina of Holstein-Gottorp. At the time, the King of Sweden was Gustavus Adolphus’ cousin Sigismund. The staunch Protestant Duke Charles forced the Catholic Sigismund to let go of the throne of Sweden in 1599, a part of the preliminary religious strife before the Thirty Years’ War, and reigned as regent before taking the throne as Charles IX of Sweden in 1604. Crown Prince Gustav Adolph had Gagnef-Floda in Dalecarlia as a duchy from 1610. Upon his father’s death in October 1611, a sixteen-year-old Gustavus inherited the throne (declared of age and able to reign himself at seventeen as of 16 December[5]), as well as an ongoing succession of occasionally belligerent dynastic disputes with his Polish cousin. Sigismund III wanted to regain the throne of Sweden and tried to force Gustavus Adolphus to renounce the title.

In a round of this dynastic dispute, Gustavus invaded Livonia when he was 31, beginning the Polish-Swedish War (1625–1629). He intervened on behalf of the Lutherans in Germany, who opened the gates to their cities to him. His reign became famous from his actions a few years later when in June 1630 he landed in Germany, marking the Swedish Intervention in the Thirty Years’ War. Gustavus intervened on the anti-Imperial side, which at the time was losing to the Holy Roman Empire and its Catholic allies; the Swedish forces would quickly reverse that situation.

Gustavus was married to Maria Eleonora of Brandenburg,[a] the daughter of John Sigismund, Elector of Brandenburg, and chose the Prussian city of Elbing as the base for his operations in Germany. He died in the Battle of Lützen in 1632. His early death was a great loss to the Lutheran side. This resulted in large parts of Germany and other countries, which had been conquered for Lutheranism, to be reconquered for Catholicism (via the Counter-Reformation). His involvement in the Thirty Years’ War gave rise to the saying that he was the incarnation of “the Lion of the North”, or as it is called in German “Der Löwe aus Mitternacht” (Literally: “The Lion of Midnight”).

Heiress presumptive to the thrones of Sweden and Denmark; buried in Riddarholmskyrkan.

Legacy as a general[edit]

The Lion of the North: Gustavus Adolphus depicted at the turning point of the Battle of Breitenfeld (1631) against the forces of Count Tilly.

Gustavus Adolphus was an extremely able military commander.[6][7] His innovative tactical integration of infantry, cavalry, logistics and particularly his use of artillery, earned him the title of the “Father of Modern Warfare”. Future commanders who studied and admired Gustav II Adolf include Napoleon I of France and Carl von Clausewitz. His advancements in military science made Sweden the dominant Baltic power for the next one hundred years (see Swedish Empire). He is also the only Swedish monarch to be styled “the Great”. This decision was made by the Swedish Estates of the Realm, when they convened in 1633. Thus, by their decision he is officially, to this day, to be called Gustaf Adolf the Great (Gustavus Adolphus Magnus).

Gustavus Adolphus was the main figure responsible for the success of Swedish arms during the Thirty Years’ War and led his nation to great prestige. As a general, Gustavus Adolphus is famous for employing mobile artillery on the battlefield, as well as very aggressive tactics, where attack was stressed over defense, and mobility and cavalry initiative were emphasized.

Among other innovations, he installed an early form of combined arms in his formations, where the cavalry could attack from the safety of an infantry line reinforced by cannon, and retire again within to regroup after their foray. Inspired by the reform of Maurice of Nassau he adopted much shallower infantry formations than were common in the pike and shot armies of the era, with formations typically fighting in 5 or 6 ranks, occasionally supported at some distance by another such formation—the gaps being the provinces of the artillery and cavalry as noted above. His artillery were themselves different—in addition to the usual complements of heavy cannon he introduced light mobile guns for the first time into the Renaissance battlefield.

These were grouped in batteries supporting his more linearly deployed formations, replacing the cumbersome and unmaneuverable traditional deep squares (such as the Spanish Tercios that were up to 50 ranks deep) used in other pike and shot armies of the day. In consequence, his forces could redeploy and reconfigure very rapidly, confounding his enemies.

Carl von Clausewitz and Napoleon Bonaparte considered him one of the greatest generals of all time; a sentiment agreed with by George S. Patton and others. He was also renowned for his constancy of purpose and the equality of his troops—no one part of his armies was considered better or received preferred treatment, as was common in other armies where the cavalry were the elite, followed by the artillery, and both disdained the lowly infantry. In Gustavus’ army the units were extensively cross trained. Both cavalry and infantry could service the artillery, as his heavy cavalry did when turning captured artillery on the opposing Catholic Tercios at First Breitenfeld. Pikemen could shoot—if not as accurately as those designated musketeers—so a valuable firearm could be kept in the firing line. His infantrymen and gunners were taught to ride, if needed. Napoleon thought highly of the achievement, and copied the tactics.

Gustavus Adolphus was a very forward thinking military man. He enthusiastically adopted a number of fairly new military innovations as the new standard for the Swedish army, which in the beginning came as a shock to his more conservative-minded opponents.

While Gustavus has been widely credited for re-emphasizing the shock role of European cavalry, his innovations were hardly new, Huguenot cavalry under Henry IV and Gaspard II de Coligny having fought in exactly the same fashion during the French Wars of Religion. As a matter of fact his opponent Johann Tserclaes, Count of Tilly also favored the same ferocious charges the Swedish cavalry would become famous for. Neither was the Swedish practice of integrating shot and horse, the so-called “commanded shot” a new one, with the Huguenot horsemen at the battle of Coutras having the same supporting shooters. What made the Swedish army unique in this regard was the fact that the use of “commanded shot” became the standard tactical doctrine of its horse, and this in turn was adopted by other armies of the period, including its Imperial opponents and that of the English Civil War.

Adolphus better deserved the credit of introducing a standard caliber light muskets to his infantry forces, replacing the previous mix of arquebus and heavy musket common in Imperial tercios. The shallower infantry formation of the Swedish brigade, much more conducive to massed firepower, was inspired by the work of Maurice. However Adolphus perfected the system and introduced the use of salvo fire, where two or three ranks of musketeers fired simultaneously, usually at point blank range, rather than one rank at a time counter marching as was common in that era. The ‘Swedish salve’ was much more effective at breaking the enemy’s morale and repulsing cavalry charges than the earlier method.