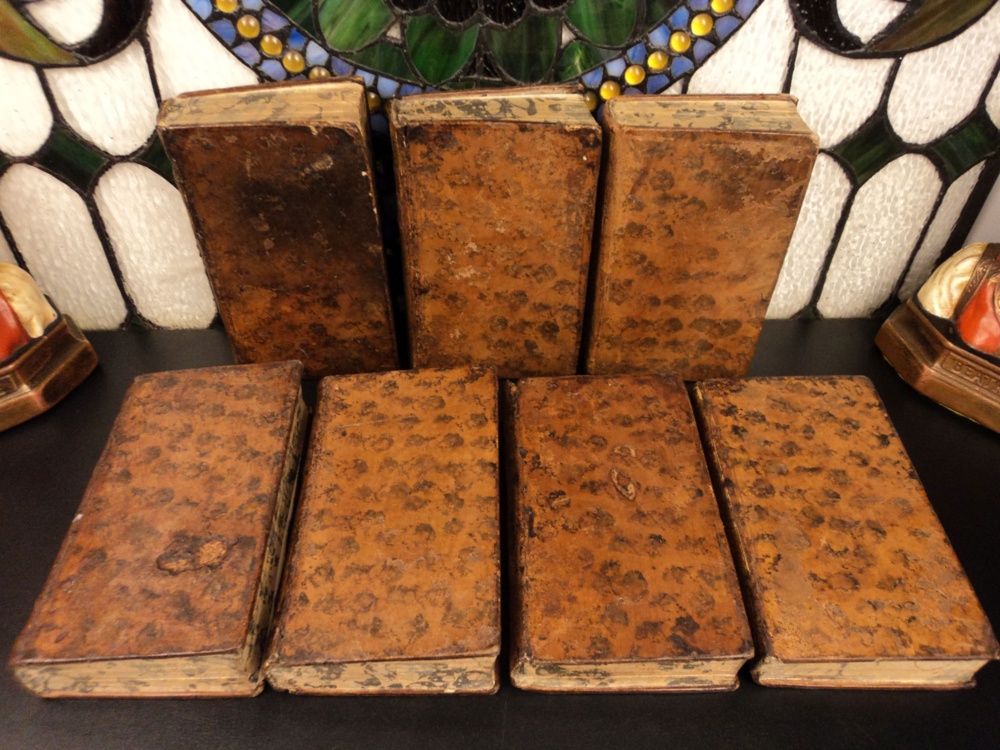 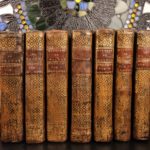 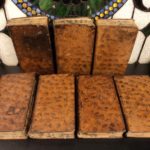 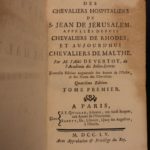 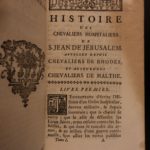 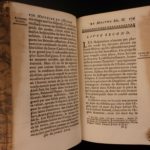 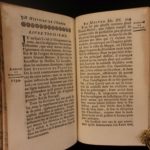 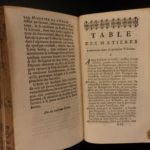 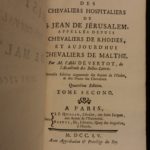 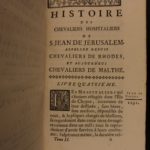 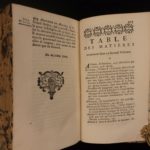 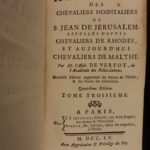 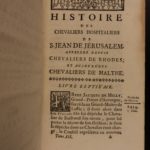 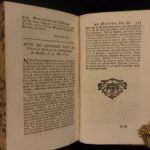 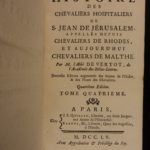 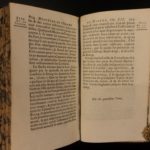 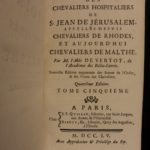 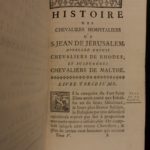 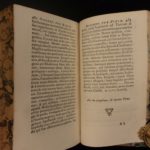 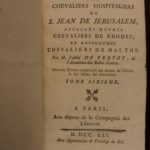 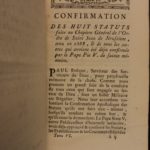 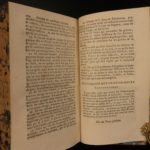 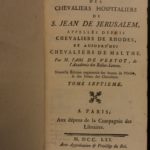 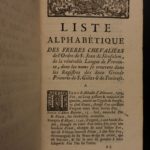 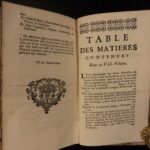 The Hospitallers probably arose as a group of individuals associated with an Amalfitan hospital in the Muristan district of Jerusalem, which was dedicated to St John the Baptist and founded around 1023 by Blessed Gerard Thom to provide care for poor, sick or injured pilgrims to the Holy Land. (Some scholars, however, consider that the Amalfitan order and Amalfitan hospital were different from Gerard’s order and its hospital.[1]) After the Latin Christian conquest of Jerusalem in 1099 during the First Crusade, the organisation became a religious and military order under its own Papal charter, and it was charged with the care and defence of the Holy Land. Following the conquest of the Holy Land by Islamic forces, the Order operated from Rhodes, over which it was sovereign, and later from Malta where it administered a vassal state under the Spanish viceroy of Sicily.

The Order was weakened in the Reformation, when rich commanderies of the Order in northern Germany and the Netherlands became Protestant (and, largely separated from the Roman Catholic main stem, remain so to this day), and the Order was disestablished in England, Denmark, and elsewhere in northern Europe. The Roman Catholic order was further damaged by Napoleon’s capture of Malta in 1798 and became dispersed throughout Europe. It regained strength during the early 19th century as it redirected itself toward humanitarian and religious causes. In 1834, the order, by this time known as the Sovereign Military Order of Malta (SMOM), acquired new headquarters in Rome where it has remained since. As of 2013, the Roman Catholic order has about 13,500 members, 80,000 volunteers, and 25,000 mostly medical employees,[2] and operates in about 120 countries across the world, including in Muslim nations; the Protestant branches of the order are smaller but engage in similar work. Until recently the order focused mainly on developing countries, but following the introduction of austerity in the Eurozone and the United Kingdom which began in 2010, they have increasingly turned their attention to Europe, establishing shelters and soup kitchens to help the homeless and those suffering from hunger.[3]

Five contemporary, state-recognised chivalric orders which claim modern inheritance of the Hospitaller tradition all assert that “The Sovereign Military Order of Malta is the original order” and that four non-Catholic orders stem from the same root:[4] Protestant orders exist in Germany, the Netherlands and Sweden, and a non-denominational British revival is headquartered in the United Kingdom.

2 Knights of Cyprus and Rhodes

3.1 The Knights in the 16th and 17th centuries: Reconquista of the Sea

6 Revival in Britain as the Venerable Order of St. John of Jerusalem

Grand Master and senior Knights Hospitaller in the 14th century

In 623, Pope Gregory I commissioned the Ravennate Abbot Probus, who was previously Gregory’s emissary at the Lombard court, to build a hospital in Jerusalem to treat and care for Christian pilgrims to the Holy Land. In 800, Charlemagne, Emperor of the Holy Roman Empire, enlarged Probus’ hospital and added a library to it. About 200 years later, in 1005, Caliph Al Hakim destroyed the hospital and three thousand other buildings in Jerusalem. In 1023, merchants from Amalfi and Salerno in Italy were given permission by the Caliph Ali az-Zahir of Egypt to rebuild the hospital in Jerusalem. The hospital, which was built on the site of the monastery of Saint John the Baptist, took in Christian pilgrims travelling to visit the Christian holy sites. It was served by Benedictine monks.

The monastic hospitaller order was founded following the First Crusade by the Blessed Gerard, whose role as founder was confirmed by a Papal bull of Pope Paschal II in 1113.[2] Gerard acquired territory and revenues for his order throughout the Kingdom of Jerusalem and beyond. Under his successor, Raymond du Puy de Provence, the original hospice was expanded to an infirmary[1] near the Church of the Holy Sepulchre in Jerusalem. Initially the group cared for pilgrims in Jerusalem, but the order soon extended to providing pilgrims with an armed escort, which soon grew into a substantial force. Thus the Order of St. John imperceptibly became military without losing its eleemosynary character.[1] The Hospitallers and the Knights Templar became the most formidable military orders in the Holy Land. Frederick Barbarossa, the Holy Roman Emperor, pledged his protection to the Knights of St. John in a charter of privileges granted in 1185.

The statutes of Roger de Moulins (1187) deal only with the service of the sick; the first mention of military service is in the statutes of the ninth grand master, Afonso of Portugal (about 1200). In the latter a marked distinction is made between secular knights, externs to the order, who served only for a time, and the professed knights, attached to the order by a perpetual vow, and who alone enjoyed the same spiritual privileges as the other religious. The order numbered three distinct classes of membership: the military brothers, the brothers infirmarians, and the brothers chaplains, to whom was entrusted the divine service.[1]

The order came to distinguish itself in battle with the Muslims, its soldiers wearing a black surcoat with a white cross. In 1248 Pope Innocent IV (1243–54), approved a standard military dress for the Hospitallers to be worn in battle. Instead of a closed cape over their armour (which restricted their movements) they should wear a red surcoat with a white cross emblazoned on it.[5]

Many of the more substantial Christian fortifications in the Holy Land were built by the Templars and the Hospitallers. At the height of the Kingdom of Jerusalem, the Hospitallers held seven great forts and 140 other estates in the area. The two largest of these, their bases of power in the Kingdom and in the Principality of Antioch, were the Krak des Chevaliers and Margat in Syria.[2] The property of the Order was divided into priories, subdivided into bailiwicks, which in turn were divided into commandries.

As early as the late 12th century the order had begun to achieve recognition in the Kingdom of England and Duchy of Normandy. As a result, buildings such as St John’s Jerusalem and the Knights Gate, Quenington in England were built on land donated to the order by local nobility.[6] An Irish house was established at Kilmainham, near Dublin, and the Irish Prior was usually a key figure in Irish public life.

Knights of Cyprus and Rhodes[edit]

Street of Knights in Rhodes

The Knights’ castle at Rhodes

The rising power of Islam eventually expelled the Knights from Jerusalem. After the fall of the Kingdom of Jerusalem in 1291 (Jerusalem itself fell in 1187), the Knights were confined to the County of Tripoli and, when Acre was captured in 1291, the order sought refuge in the Kingdom of Cyprus. Finding themselves becoming enmeshed in Cypriot politics, their Master, Guillaume de Villaret, created a plan of acquiring their own temporal domain, selecting Rhodes to be their new home, part of the Byzantine empire. His successor, Fulkes de Villaret, executed the plan, and on 15 August 1309, after over two years of campaigning, the island of Rhodes surrendered to the knights. They also gained control of a number of neighbouring islands and the Anatolian port of Bodrum and Kastelorizo.