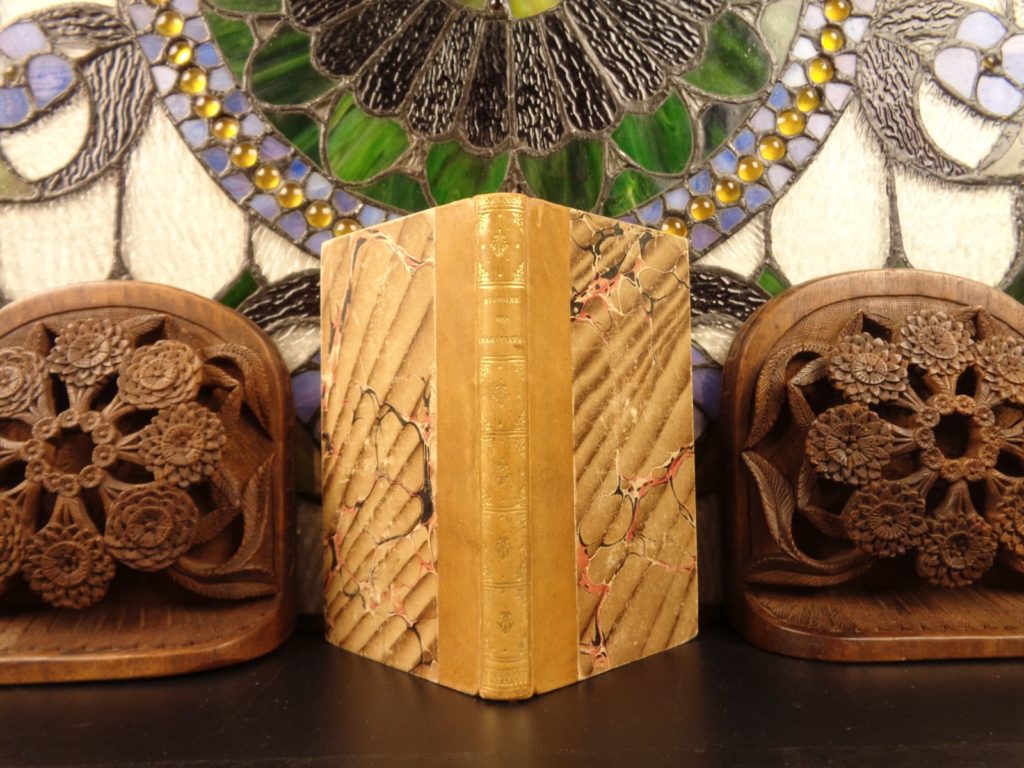 Anabaptism is a Christian movement which traces its origins to the Radical Reformation in Europe. Traditionally this movement is seen as an offshoot of European Protestantism, but recently this view is challenged, mostly by Anabaptists. 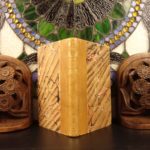 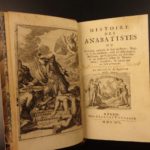 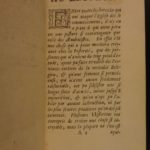 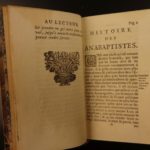 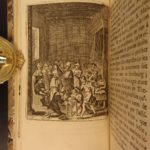 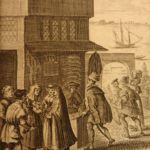 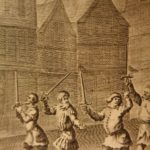 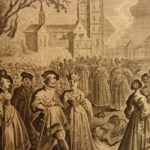 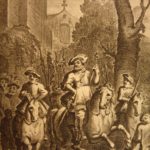 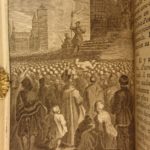 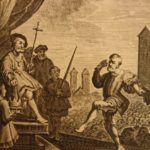 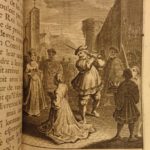 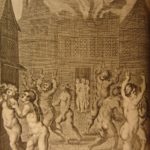 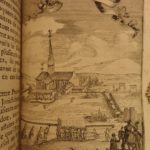 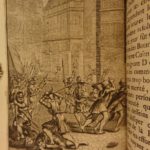 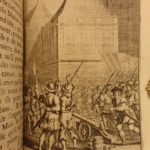 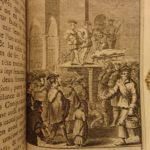 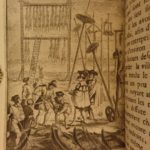 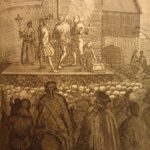 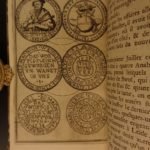 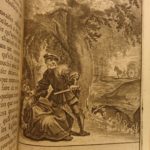 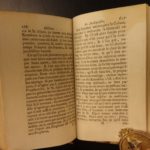 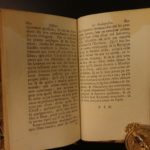 Anabaptism is a Christian movement which traces its origins to the Radical Reformation in Europe. Traditionally this movement is seen as an offshoot of European Protestantism, but recently this view is challenged, mostly by Anabaptists.

Pages: complete with all 173 pages; plus indexes, prefaces, and such

Anabaptism (from Neo-Latin anabaptista,[1] from the Greek ἀναβαπτισμός: ἀνά- “re-” and βαπτισμός “baptism”[2]) is a Christian movement which traces its origins to the Radical Reformation in Europe. Traditionally this movement is seen as an offshoot of European Protestantism, but recently this view is challenged, mostly by Anabaptists.[3][page needed][4][5]

Anabaptists are Christians who believe that baptism is only valid when the candidate confesses his or her faith in Christ and wants to be baptized. This believer’s baptism is opposed to baptism of infants, who are not able to make a conscious decision to be baptized. Anabaptists are those who are in a traditional line with the early Anabaptists of the 16th century. Other Christian groups, like Baptists, who also practice believer’s baptism but have different roots, are not seen as Anabaptist. The Amish, Hutterites, and Mennonites are direct descendants of the early Anabaptist movement. Schwarzenau Brethren, Bruderhof, and the Apostolic Christian Church are considered later developments among the Anabaptists.

The name Anabaptist means “one who baptizes again”. Their persecutors named them this, referring to the practice of baptizing persons when they converted or declared their faith in Christ, even if they had been “baptized” as infants.[6] Anabaptists required that baptismal candidates be able to make a confession of faith that is freely chosen, so rejected baptism of infants. The early members of this movement did not accept the name Anabaptist, claiming that infant baptism was not part of scripture and was therefore null and void. They said that baptizing self-confessed believers was their first true baptism:

Anabaptists were heavily persecuted during the 16th century and into the 17th century because of their views on the nature of baptism and other issues, by both Magisterial Protestants and Roman Catholics.[a]

Anabaptists were persecuted largely because of their interpretation of scripture that put them at odds with official state church interpretations and government. Most Anabaptists adhered to a literal interpretation of the Sermon on the Mount, which precluded taking oaths, participating in military actions, and participating in civil government. Some who practised rebaptism, however, felt otherwise and complied with these requirements of civil society.[b] They were thus technically Anabaptists, even though conservative Amish, Mennonites, and Hutterites and some historians tend to consider them as outside of true Anabaptism. Conrad Grebel wrote in a letter to Thomas Müntzer in 1524:

True Christian believers are sheep among wolves, sheep for the slaughter… Neither do they use worldly sword or war, since all killing has ceased with them…[8]:45

Anabaptists are considered to have begun with the Radical Reformers in the 16th century, but historians classify certain people and groups as their forerunners because of a similar approach to the interpretation and application of the Bible. For instance, Petr Chelčický, a 15th-century Bohemian reformer, taught most of the beliefs considered integral to Anabaptist theology.[9] Medieval antecedents may include the Brethren of the Common Life, the Hussites, Dutch Sacramentists,[10][11] and some forms of monasticism. The Waldensians also represent a faith similar to the Anabaptists.[12]

In the following points, Anabaptists who held to a literal interpretation of the Sermon on the Mount resembled the medieval dissenters:

They condemned oaths, and also referring disputes between believers to law-courts for resolution, in accordance with 1 Corinthians 6:1–11.

The believer must not bear arms or offer forcible resistance to wrongdoers, nor wield the sword. No Christian has the jus gladii (the right of the sword). Matthew 5:39

Civil government (i.e., “Caesar”) belongs to the world. The believer belongs to God’s kingdom, so must not fill any office nor hold any rank under government, which is to be passively obeyed. John 18:36 Romans 13:1–7

Sinners or unfaithful ones are to be excommunicated, and excluded from the sacraments and from intercourse with believers unless they repent, according to 1 Corinthians 5:9–13 and Matthew 18:15 seq., but no force is to be used towards them.

On December 27, 1521, three “prophets” appeared in Wittenberg from Zwickau who were influenced by (and, in turn, influencing) Thomas Müntzer—Thomas Dreschel, Nicholas Storch, and Mark Thomas Stübner. They preached an apocalyptic, radical alternative to Lutheranism. Their preaching helped to stir the feelings concerning the social crisis which erupted in the German Peasants’ War in southern Germany in 1525 as a revolt against feudal oppression. Under the leadership of Müntzer, it became a war against all constituted authorities and an attempt to establish by revolution an ideal Christian commonwealth, with absolute equality among persons and the community of goods. The Zwickau prophets were not Anabaptists (that is, they did not practise “rebaptism”); nevertheless, the prevalent social inequities and the preaching of men such as these have been seen as laying the foundation for the Anabaptist movement. The social ideals of the Anabaptist movement coincided closely with those of leaders in the German Peasants’ War. Studies have found a very low percentage of later Anabaptists to have been active participants in the peasant uprising.[13][page needed]

This section does not cite any sources. Please help improve this section by adding citations to reliable sources. Unsourced material may be challenged and removed. (January 2014) (Learn how and when to remove this template message)

Research on the origins of the Anabaptists has been tainted both by the attempts of their enemies to slander them and by the attempts of their supporters to vindicate them. It was long popular to classify all Anabaptists as Munsterites and radicals associated with the Zwickau prophets, Jan Matthys, John of Leiden, and Thomas Müntzer. Those desiring to correct this error tended to over-correct and deny all connections between the larger Anabaptist movement and the most radical elements.

Three main theories on origins of the Anabaptists are the following:

The movement began in a single expression in Zürich and spread from there (Monogenesis);

It developed through several independent movements (polygenesis); and

It was a continuation of true New Testament Christianity (apostolic succession or church perpetuity).

A number of scholars (e.g., Harold S. Bender, William Estep, Robert Friedmann[citation needed]) consider the Anabaptist movement to have developed from the Swiss Brethren movement of Conrad Grebel, Felix Manz, George Blaurock, et al. They generally held that Anabaptism had its origins in Zürich, and that the Anabaptism of the Swiss Brethren was transmitted to southern Germany, Austria, the Netherlands, and northern Germany, where it developed into its various branches. The monogenesis theory usually rejects the Münsterites and other radicals from the category of true Anabaptists.[14] In the monogenesis view the time of origin is January 21, 1525, when Conrad Grebel baptized George Blaurock, and Blaurock in turn baptized several others immediately. These baptisms were the first “re-baptisms” known in the movement.[15] This continues to be the most widely accepted date posited for the establishment of Anabaptism.

James M. Stayer, Werner O. Packull, and Klaus Deppermann disputed the idea of a single origin of Anabaptists in a 1975 essay entitled “From Monogenesis to Polygenesis,” suggesting that February 24, 1527, at Schleitheim is the proper date of the origin of Anabaptism. On this date the Swiss Brethren wrote a declaration of belief called the Schleitheim Confession.[16][page needed] The authors of the essay noted the agreement among previous Anabaptist historians on polygenesis, even when disputing the date for a single starting point: “Hillerbrand and Bender (like Holl and Troeltsch) were in agreement that there was a single dispersion of Anabaptism …, which certainly ran through Zurich. The only question was whether or not it went back further to Saxony.”[16]:83 After criticizing the standard polygenetic history, the authors found six groups in early Anabaptism which could be collapsed into three originating “points of departure”: “South German Anabaptism, the Swiss Brethren, and the Melchiorites.”[17] According to their polygenesis theory, South German–Austrian Anabaptism “was a diluted form of Rhineland mysticism,” Swiss Anabaptism “arose out of Reformed congregationalism”, and Dutch Anabaptism was formed by “Social unrest and the apocalyptic visions of Melchior Hoffman”. As examples of how the Anabaptist movement was influenced from sources other than the Swiss Brethren movement, mention has been made of how Pilgram Marpeck’s Vermanung of 1542 was deeply influenced by the Bekenntnisse of 1533 by Münster theologian Bernhard Rothmann. Melchior Hoffman influenced the Hutterites when they used his commentary on the Apocalypse shortly after he wrote it.

Others who have written in support of polygensis include Grete Mecenseffy and Walter Klaassen, who established links between Thomas Müntzer and Hans Hut. In another work, Gottfried Seebaß and Werner Packull showed the influence of Thomas Müntzer on the formation of South German Anabaptism. Similarly, author Steven Ozment linked Hans Denck and Hans Hut with Thomas Müntzer, Sebastian Franck, and others. Author Calvin Pater showed how Andreas Karlstadt influenced Swiss Anabaptism in various areas, including his view of Scripture, doctrine of the church, and views on baptism.

Baptist successionists have, at times, pointed to 16th-century Anabaptists as part of an apostolic succession of churches (“church perpetuity”) from the time of Christ.[18] This view is held by some Baptists, some Mennonites, and a number of “true church” movements.[c]

The opponents of the Baptist successionism theory emphasize that these non-Catholic groups clearly differed from each other, that they held some heretical views,[d] or that the groups had no connection with one another and had origins that were separate both in time and in place.