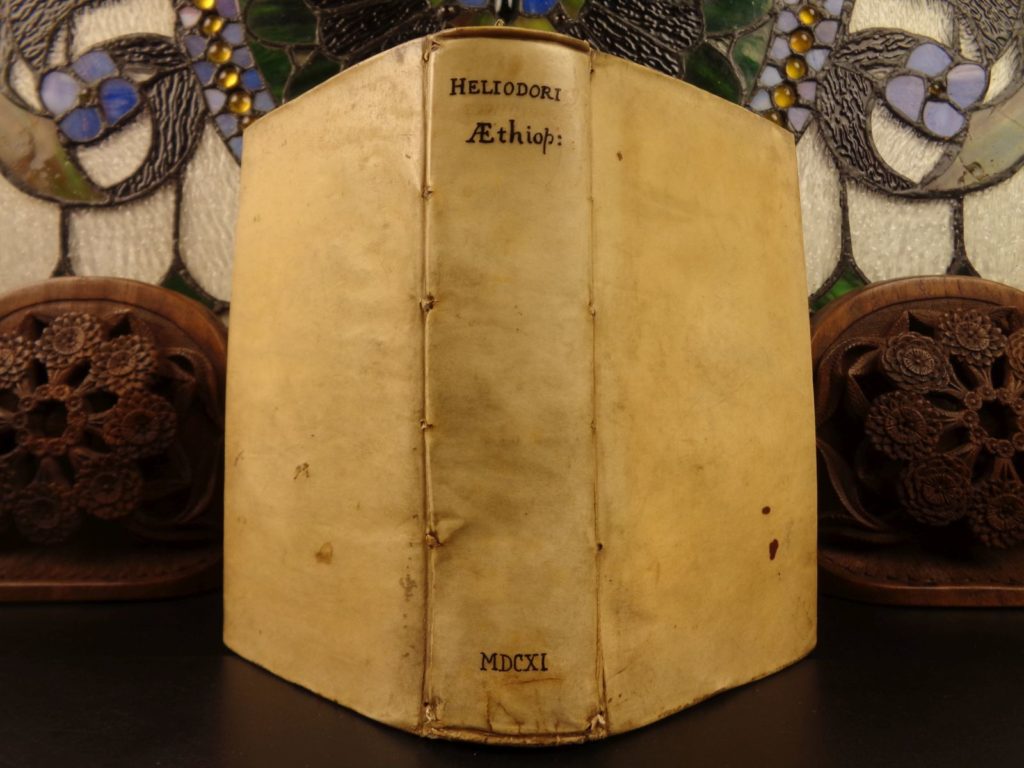 “Here ends the history of the Ethiopian adventures.”  – Heliodorus

An extremely rare first edition Greek and Latin translation of the only known work by Heliodorus, Aethiopica, or The Ethiopian Story. Stanislaw Warszewicki, known only for his Latin translations of Heliodorus, has taken Jerome Commelinus’ 16th-century version of Aethiopica and gathered it into a double-column printing. Otherwise, very little is known of this printing. 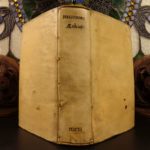 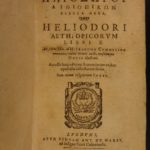 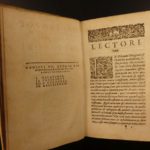 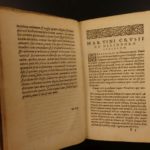 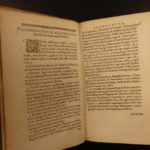 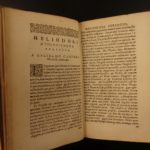 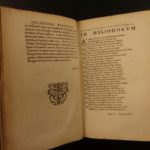 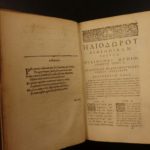 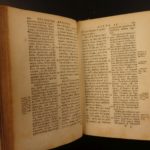 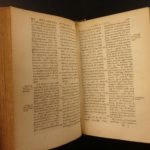 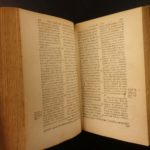 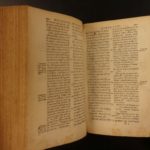 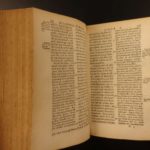 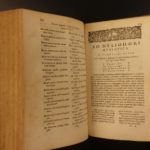 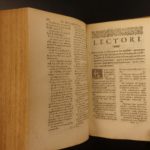 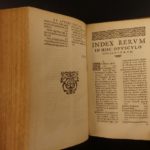 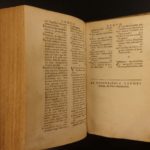 “Here ends the history of the Ethiopian adventures.”  – Heliodorus

An extremely rare first edition Greek and Latin translation of the only known work by Heliodorus, Aethiopica, or The Ethiopian Story. Stanislaw Warszewicki, known only for his Latin translations of Heliodorus, has taken Jerome Commelinus’ 16th-century version of Aethiopica and gathered it into a double-column printing. Otherwise, very little is known of this printing.

Aethiopica (Αἰθιοπικά The Ethiopian Story) or Theagenes and Chariclea is an ancient Greek romance or novel. It was written by Heliodorus of Emesa and is his only known work.

Socrates Scholasticus (5th century AD) identifies the author of Aethiopica with a certain Heliodorus, bishop of Trikka. Nicephorus Callistus (14th century) relates that the work was written in the early years of this bishop before he became a Christian and that, when forced either to disown it or resign his bishopric, he preferred resignation.[1] Most scholars reject this identification.[2][3][4] The most exact information about Heliodorus comes from Aethiopica itself. The author identifies himself in this manner: “Here ends the history of the Ethiopian adventures of Theagenes and Chariclea written by Heliodorus, a Phoenician of Emesus, son of Theodosius, and descended from the Sun.”[5]

The Aethiopica was first brought to light in Western Europe during Renaissance times in a manuscript from the library of Matthias Corvinus, found at the sack of Buda (today the western part of Budapest) in 1526, and printed at Basel in 1534. Other codices have since been discovered.[1] It was first translated into French by the celebrated Jacques Amyot in 1547. It was first translated into English in 1569 by Thomas Underdowne, who used the 1551 Latin translation of Stanislaw Warszewicki to create his Aethiopian Historie. In the Eastern Roman Empire (Byzantium) this novel was known by the Greek readership. For example, the novel is mentioned in a will of a noble man known as Eustathios Voilas (Ευστάθιος Βοίλας). According to this will, dated year 1059, he bequeathed several books to a monastery of the Theotokos, which he had founded, amongst them the Aethiopica. It was printed several times by Giolito de’ Ferrari in Venice (1556, 1560, 1586) in an Italian translation from Greek by Leonardo Ghini.

The Aethiopica is indebted to the works of Homer and Euripides. The title is taken from the fact that the action of the beginning and end of the story takes place in Ethiopia.[1]

The work is notable for its rapid succession of events, the variety of its characters, its vivid descriptions of manners and of scenery, and its simple, elegant writing style.[6] But what has been regarded as most remarkable is that the novel opens in the middle of the story (“in medias res”), and the plot is resolved by having various characters describe their prior adventures in retrospective narratives or dialogues, which eventually tie together. Homer utilized this technique in both his epic poems Odyssey and Iliad. This feature makes the Aethiopica stand out from all the other ancient Greek romances.[citation needed]

Chariclea, the daughter of King Hydaspes and Queen Persinna of Ethiopia, was born white because her mother gazed upon a painting of the naked Andromeda just after her rescue by Perseus while Chariclea was being conceived (an instance of the theory of Maternal impression). Fearing accusations of adultery, Persinna gives her baby daughter to the care of Sisimithras, a gymnosophist, who takes the baby to Egypt and places her in the care of Charicles, a Pythian priest. Chariclea is then taken to Delphi, and made a priestess of Artemis. Theagenes, a noble Thessalian, comes to Delphi and the two fall in love. He runs off with Chariclea with the help of Calasiris, an Egyptian who has been employed by Persinna to find Chariclea. They encounter many perils: pirates, bandits, and others. The main characters ultimately meet at Meroe at the very moment when Chariclea is about to be sacrificed to the gods by her own father. Her birth is made known, and the lovers are happily married.[