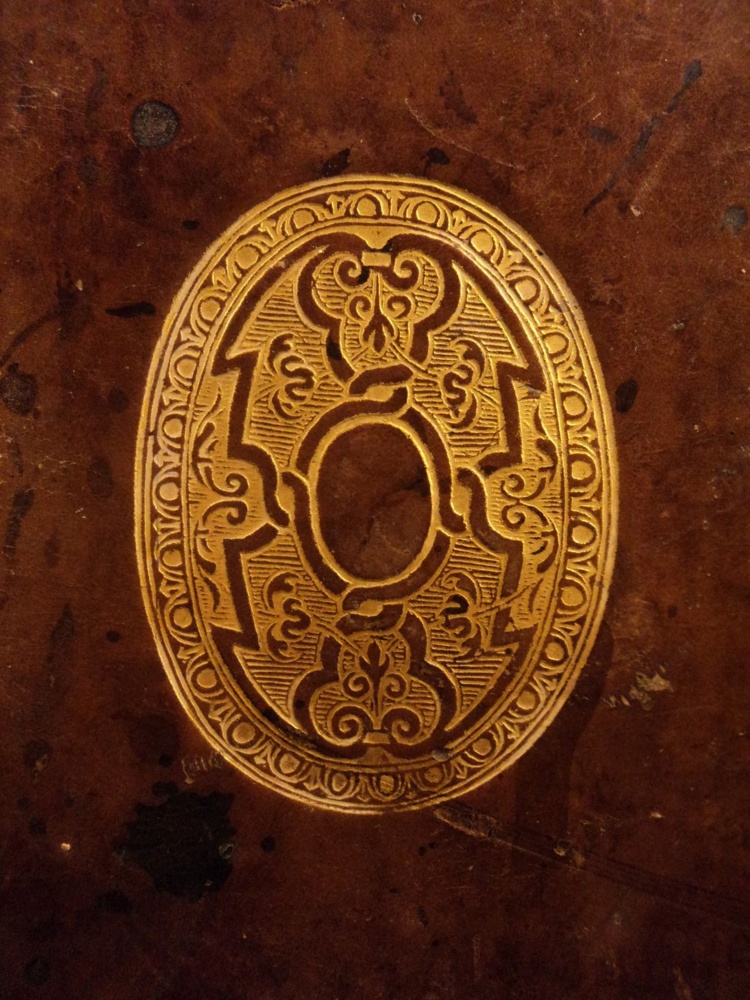 We do not find this rare 1st edition for sale elsewhere; however, we find later edition printings for sale for $1,800! 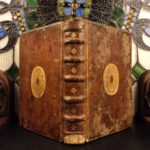 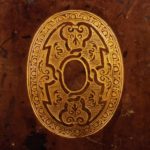 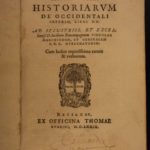 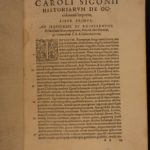 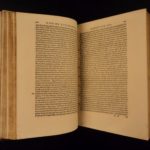 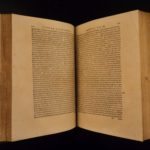 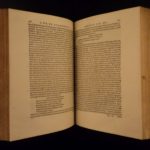 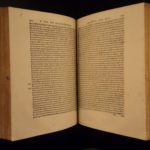 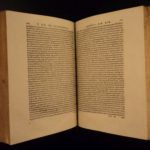 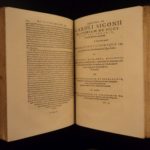 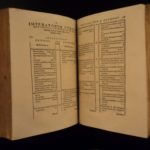 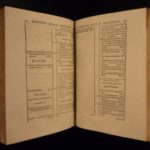 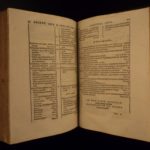 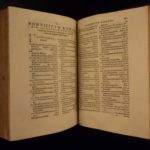 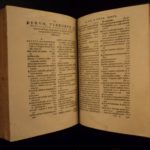 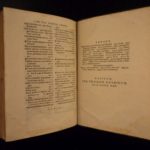 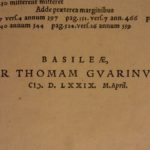 We do not find this rare 1st edition for sale elsewhere; however, we find later edition printings for sale for $1,800!

Pages: complete with all 664 pages; plus indexes, prefaces, and such

Having studied Greek under the learned Franciscus Portus of Candia, he attended the philosophical schools of Bologna and Pavia, and in 1545 was elected professor of Greek in his native place in succession to Portus. In 1552 he was appointed to a professorship at Venice, which he exchanged for the chair of eloquence at Padua in 1560.

To this period of his life belongs the famous quarrel with Robortello, due to the publication by Sigonius of a treatise De nominibus Romanorum, in which he corrected several errors in a work of Robertelli on the same subject. The quarrel was patched up by the intervention of Cardinal Seripando (who purposely stopped on his way to the Council of Trent), but broke out again in 1562, when the two rivals found themselves colleagues at Padua. Sigonius, who was of a peaceful disposition, thereupon accepted (in 1563) a call to Bologna. He died in a country house purchased by him in the neighbourhood of Modena, in August 1584. The last year of his life was embittered by another literary dispute.

In 1583 there was published at Venice what purported to be Cicero’s Consolatio, written as a distraction from his grief at the death of his daughter Tullia. Sigonius declared that, if not genuine, it was at least worthy of Cicero; those who held the opposite view (Antonio Riccoboni, Justus Lipsius, and others) asserted that Sigonius himself had written it with the object of deceiving the learned world, a charge which he explicitly denied. The work is now universally regarded as a forgery, whoever may have been the author of it.

Sigonius’s reputation chiefly rests upon his publications on Greek and Roman antiquities, which may even now be consulted with advantage:

Fasti consulares (1550; new ed., Oxford, 1802), with commentary, from the regal period to Tiberius, the first work in which the history of Rome was set forth in chronological order, based upon some fragments of old bronze tablets dug up in 1547 on the site of the old Forum

an edition of Livy with the Scholia

De republica Atheniensium (1564) and De Atheniensium et Lacedaemoniorum temporibus (1565), the first well-arranged account of the constitution, history, and chronology of Athens and Sparta, with which may be mentioned a similar work on the religious, political, and military system of the Jews (De republica Ebraeorum). His history of the kingdom of Italy (De regno Italiae, 1580) from the invasion of the Lombards (568) to the end of the 13th century forms a companion volume to the history of the western empire (De occidentali imperio, 1579) from Diocletian to its destruction.

In order to obtain material for these works, Sigonius consulted all the archives and family chronicles of Italy, and the public and private libraries, and the autograph manuscript of his De regno Italiae, containing all the preliminary studies and many documents not used in print, was discovered in the Ambrosian library of Milan.

At the request of Pope Gregory XIII he undertook to write the history of the Christian Church, but did not live to complete the work. The most complete edition of his works is that by P. Argelati (Milan, 1732–1737), which contains his life by L.A. Muratori, a trustworthy authority for the biographer.