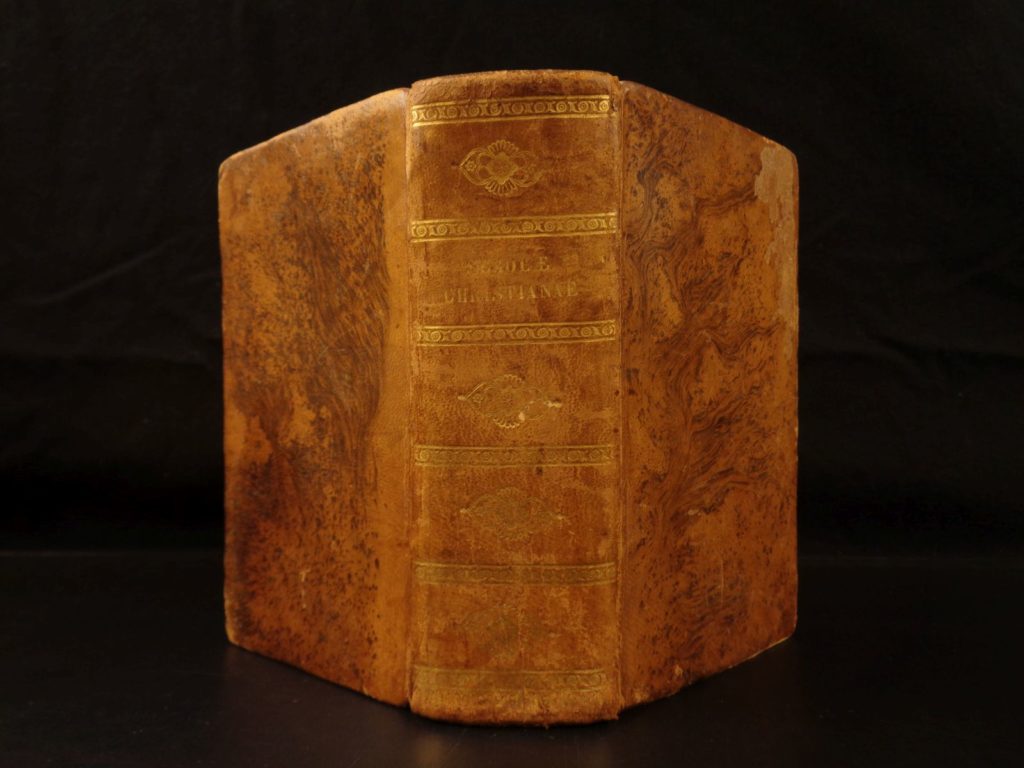 A rare 16th-century printing of the history of Saint Justin the Martyr.

Saint Justin, also known as Justin Martyr was an early Christian apologist, and is regarded as the foremost interpreter of the theory of the Logos in the 2nd century. He was martyred, alongside some of his students, and is considered a saint by the Roman Catholic Church, the Anglican Church, the Eastern Orthodox Church,. and the Oriental Orthodox Churches. 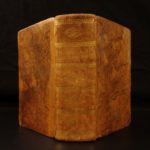 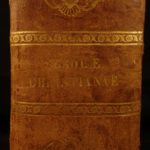 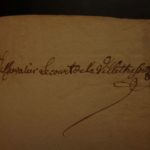 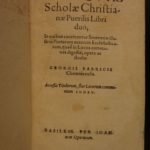 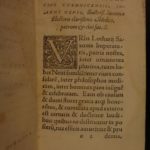 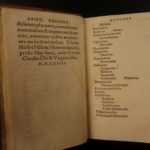 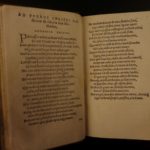 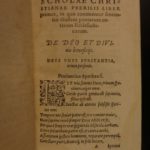 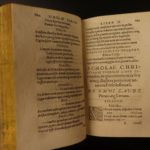 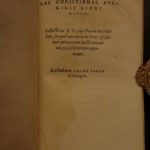 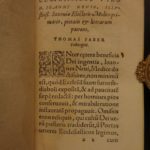 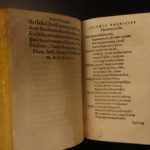 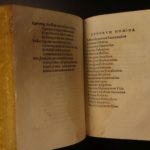 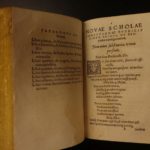 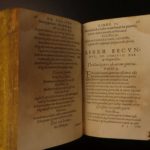 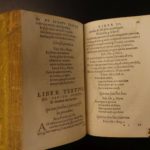 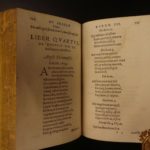 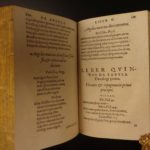 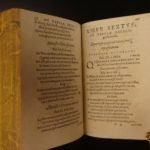 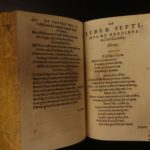 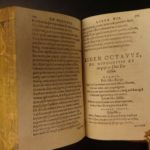 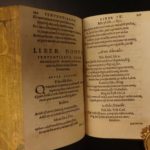 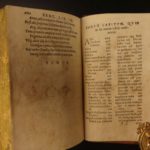 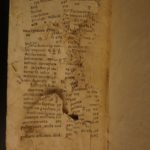 A rare 16th-century printing of the history of Saint Justin the Martyr.

Saint Justin, also known as Justin Martyr was an early Christian apologist, and is regarded as the foremost interpreter of the theory of the Logos in the 2nd century. He was martyred, alongside some of his students, and is considered a saint by the Roman Catholic Church, the Anglican Church, the Eastern Orthodox Church,. and the Oriental Orthodox Churches.

Pages: complete with all 214 pages; plus indexes, prefaces, and such

Saint Justin, also known as Justin Martyr (Greek: Ιουστίνος ο Μάρτυρας, Latin: Iustinus Martyr) was an early Christian apologist, and is regarded as the foremost interpreter of the theory of the Logos in the 2nd century.[2] He was martyred, alongside some of his students, and is considered a saint by the Roman Catholic Church,[3] the Anglican Church,[4] the Eastern Orthodox Church,.[5] and the Oriental Orthodox Churches.

Most of his works are lost, but two apologies and a dialogue did survive. The First Apology, his most well known text, passionately defends the morality of the Christian life, and provides various ethical and philosophical arguments to convince the Roman emperor, Antoninus, to abandon the persecution of the fledgling sect. Further, he also indicates, as St Augustine did regarding the “true religion” that predated Christianity,[6] that the “seeds of Christianity” (manifestations of the Logos acting in history) actually predated Christ’s incarnation. This notion allows him to claim many historical Greek philosophers (including Socrates and Plato), in whose works he was well studied, as unknowing Christians.

A bearded Justin Martyr presenting an open book to a Roman emperor. Engraving by Jacques Callot.

Justin Martyr was born at Flavia Neapolis (today Nablus) in Samaria into a pagan family, and defined himself as a Gentile.[7] His grandfather, Bacchius, had a Greek name, while his father, Priscus, bore a Latin name, which has led to speculations that his ancestors may have settled in Neapolis soon after its establishment or that they were descended from a Roman “diplomatic” community that had been sent there.[8]

In the opening of the Dialogue,[9] Justin describes his early education, stating that his initial studies left him unsatisfied due to their failure to provide a belief system that would provide theological and metaphysical inspiration to their young pupil. He says he tried first the school of a Stoic philosopher, who was unable to explain God’s being to him. He then attended a Peripatetic philosopher but was put off because the philosopher was too eager for his fee. Then he went to hear a Pythagorean philosopher who demanded that he first learn music, astronomy, and geometry, which he did not wish to do. Subsequently, he adopted Platonism after encountering a Platonist thinker who had recently settled in his city.

And the perception of immaterial things quite overpowered me, and the contemplation of ideas furnished my mind with wings, so that in a little while I supposed that I had become wise; and such was my stupidity, I expected forthwith to look upon God, for this is the end of Plato’s philosophy.[9]

Some time afterwards, he chanced upon an old man, possibly a Syrian Christian,[10] in the vicinity of the seashore, who engaged him in a dialogue about God and spoke of the testimony of the prophets as being more reliable than the reasoning of philosophers.

There existed, long before this time, certain men more ancient than all those who are esteemed philosophers, both righteous and beloved by God, who spoke by the Divine Spirit, and foretold events which would take place, and which are now taking place. They are called prophets. These alone both saw and announced the truth to men, neither reverencing nor fearing any man, not influenced by a desire for glory, but speaking those things alone which they saw and which they heard, being filled with the Holy Spirit. Their writings are still extant, and he who has read them is very much helped in his knowledge of the beginning and end of things, and of those matters which the philosopher ought to know, provided he has believed them. For they did not use demonstration in their treatises, seeing that they were witnesses to the truth above all demonstration, and worthy of belief; and those events which have happened, and those which are happening, compel you to assent to the utterances made by them, although, indeed, they were entitled to credit on account of the miracles which they performed, since they both glorified the Creator, the God and Father of all things, and proclaimed His Son, the Christ [sent] by Him: which, indeed, the false prophets, who are filled with the lying unclean spirit, neither have done nor do, but venture to work certain wonderful deeds for the purpose of astonishing men, and glorify the spirits and demons of error. But pray that, above all things, the gates of light may be opened to you; for these things cannot be perceived or understood by all, but only by the man to whom God and His Christ have imparted wisdom.[9]

Moved by the aged man’s argument, Justin renounced both his former religious faith and his philosophical background, choosing instead to re-dedicate his life to the service of the Divine. His newfound convictions were only bolstered by the ascetic lives of the early Christians and the heroic example of the martyrs, whose piety convinced him of the moral and spiritual superiority of Christian doctrine. As a result, he thenceforth decided that the only option for him was to travel throughout the land, spreading the knowledge of Christianity as the “true philosophy.” His conversion is commonly assumed to have taken place at Ephesus[11][12] though it may have occurred anywhere on the road from Judaea to Rome.[13]

Mosaic of the beheading of Justin Martyr.

He then adopted the dress of a philosopher himself and traveled about teaching. During the reign of Antoninus Pius (138-161), he arrived in Rome and started his own school. Tatian was one of his pupils.[14] In the reign of Marcus Aurelius, after disputing with the cynic philosopher Crescens, he was denounced by the latter to the authorities, according to Tatian (Address to the Greeks 19) and Eusebius (HE IV 16.7-8). Justin was tried, together with six companions, by Junius Rusticus, who was urban prefect from 163-167, and was beheaded. Though the precise year of his death is uncertain, it can reasonably be dated by the prefectoral term of Rusticus (who governed from 162 and 168). The martyrdom of Justin preserves the court record of the trial.[11]

The Prefect Rusticus says: Approach and sacrifice, all of you, to the gods. Justin says: No one in his right mind gives up piety for impiety. The Prefect Rusticus says: If you do not obey, you will be tortured without mercy. Justin replies: That is our desire, to be tortured for Our Lord, Jesus Christ, and so to be saved, for that will give us salvation and firm confidence at the more terrible universal tribunal of Our Lord and Saviour. And all the martyrs said: Do as you wish; for we are Christians, and we do not sacrifice to idols. The Prefect Rusticus read the sentence: Those who do not wish to sacrifice to the gods and to obey the emperor will be scourged and beheaded according to the laws. The holy martyrs glorifying God betook themselves to the customary place, where they were beheaded and consummated their martyrdom confessing their Saviour.[15]

The church of St. John the Baptist in Sacrofano, a few miles north of Rome, claims to have his relics.[16]

The Church of the Jesuits in Valletta, Malta, founded by Papal decree in 1592 also boasts relics of this second century Saint.[17]

Relics of St. Justin and other early Church martyrs can be found in the lateral altar dedicated to St. Anne and St. Joachim at the Jesuit’s Church in Valletta, Malta.[18]

In 1882 Pope Leo XIII had a Mass and an Office composed for his feast day, which he set at 14 April,[19] one day after the date of his death as indicated in the Martyrology of Florus; but since this date quite often falls within the main Paschal celebrations, the feast was moved in 1968 to 1 June, the date on which he has been celebrated in the Byzantine Rite since at least the 9th century.[20]

The earliest mention of Justin is found in the Oratio ad Graecos by Tatian who, after calling him “the most admirable Justin”, quotes a saying of his and says that the Cynic Crescens laid snares for him. Irenaeus[21] speaks of Justin’s martyrdom and of Tatian as his disciple. Irenaeus quotes Justin twice[22] and shows his influence in other places. Tertullian, in his Adversus Valentinianos, calls Justin a philosopher and a martyr and the earliest antagonist of heretics. Hippolytus and Methodius of Olympus also mention or quote him. Eusebius of Caesarea deals with him at some length,[23] and names the following works:

The First Apology addressed to Antoninus Pius, his sons, and the Roman Senate;[24]

a Second Apology of Justin Martyr addressed to the Roman Senate;

the Discourse to the Greeks, a discussion with Greek philosophers on the character of their gods;

an Hortatory Address to the Greeks (known now not to have been written by Justin[25]);

a treatise On the Sovereignty of God, in which he makes use of pagan authorities as well as Christian;

a work entitled The Psalmist;

a treatise in scholastic form On the Soul; and

the Dialogue with Trypho.

Eusebius implies that other works were in circulation; from St Irenaeus he knows of the apology “Against Marcion,” and from Justin’s “Apology”[26] of a “Refutation of all Heresies “.[27] Epiphanius[28] and St Jerome[29] mention Justin.

Rufinus borrows from his Latin original of Hadrian’s letter.

After Rufinus, Justin was known mainly from St Irenaeus and Eusebius or from spurious works. The Chronicon Paschale assigns his martyrdom to the year 165. A considerable number of other works are given as Justin’s by Arethas, Photius, and other writers, but this attribution is now generally admitted to be spurious. The Expositio rectae fidei has been assigned by Draseke to Apollinaris of Laodicea, but it is probably a work of as late as the 6th century. The Cohortatio ad Graecos has been attributed to Apollinaris of Laodicea, Apollinaris of Hierapolis, as well as others. The Epistola ad Zenam et Serenum, an exhortation to Christian living, is dependent upon Clement of Alexandria, and is assigned by Pierre Batiffol to the Novatian Bishop Sisinnius (c. 400). The extant work under the title “On the Sovereignty of God” does not correspond with Eusebius’ description of it, though Harnack regards it as still possibly Justin’s, and at least of the 2nd century. The author of the smaller treatise To the Greeks cannot be Justin, because he is dependent on Tatian; Harnack places it between 180 and 240.